Sentry’s charitable impact on Maui tops $1 million during the past year.

KAPALUA, Maui, Hawaii (May 26, 2021) – Tournament officials and representatives from Sentry Insurance announced today that more than a dozen Maui nonprofit organizations benefitted from the 2021 Sentry Tournament of Champions, which surpassed $500,000 in yearly generated funds. In all, Sentry and the tournament’s support for charities on Maui has totaled more than $1 million during the past year.

Sentry Insurance Chief Marketing and Brand Officer Stephanie Smith, joined by Sentry Tournament of Champions officials, nonprofit representatives, and Mayor Mike Victorino, announced that $526,760 was distributed to local community organizations at the J. Walter Cameron Center, one of the tournament’s official beneficiaries and home to Ka Lima O Maui, another of the tournament’s partners. 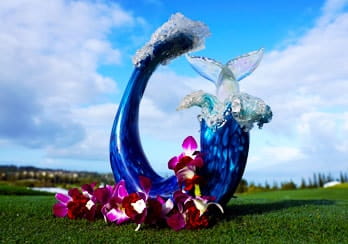 “As title sponsor of the Sentry Tournament of Championship, we’ve made it our goal to increase the charitable dollars returned to Maui’s nonprofit organizations each year,” said Pete McPartland, Sentry chairman of the board, president, and CEO. “This year’s results are fantastic—a 75 percent increase since we became title sponsor only four years ago. Our strong partnership with the PGA TOUR to elevate the championship and commitment to be a year-round Maui corporate citizen plays a large role in achieving these results. The island community has welcomed us as family, as ohana, and we consider Maui our home away from home and treat it as such.”

With this year’s donations, which mark the largest charitable impact figure raised for the local community to date, the tournament has generated more than $7.5 million for community charities since it moved to Maui in 1999.

“This year provided a unique set of challenges, and we saw the tournament come together in so many ways that allowed us to generate these impactful funds to our charitable partners who need it now more than ever,” said Alex Urban, executive director of the Sentry Tournament of Champions. “The support of our players, fans, Sentry Insurance, sponsors, our incredible volunteers, and the entire Maui community made it possible for us to support our charities, and we couldn’t be prouder to make a positive difference here on the island.”

The designated beneficiaries of the 2021 event were:

As part of their relationship with the tournament, these designated beneficiaries assisted in providing volunteers, donating equipment and supplies, and much more.

As a thank you to Chris Berman—who lives on Maui for much of the year—for his assistance in promoting the Sentry Tournament of Champions, donations were made to the Literacy Volunteers of Greater Waterbury, Connecticut, a favorite charity of Berman’s late wife.

The tournament also donated to Friends of the Pu’u Kukui Watershed Preserve to help support their important environmental work, which benefits all of Maui.

This year’s charitable donation grew as well through Sentry’s support of the “Aloha Friday” tournament tradition, which we celebrated for a third year in 2021. During Aloha Friday, Sentry pledged to contribute additional dollars to on-island charities for each PGA TOUR player who wore Aloha print clothing, including hats, shirts, shoes, and pants.

Sentry charitable support more than $1 million in one year

In addition to the $526,760 distributed today as part of the 2021 Sentry Tournament of Champions, the Sentry Insurance Foundation made earlier donations that brought the 12-month total to more than $1 million.

In May 2020, the Sentry Foundation also donated $200,000 to the Maui United Way as part of a $1.07 million commitment to coronavirus relief across the country.

“Over time, we’ve gotten to know the residents of Maui and better understand the community’s needs,” Smith said. “Through ongoing conversations the past year, we know the pandemic hit the island’s economy particularly hard. We’re committed to help make Maui a better place to live for residents and help those who are struggling to make ends meet. These donations to the United Way’s coronavirus relief fund and to the Maui Food Bank were our way of supporting our Maui ohana.”

The PGA TOUR, headquartered in Ponte Vedra Beach, Florida, co-sanctions more than 130 tournaments on the PGA TOUR, PGA TOUR Champions, Korn Ferry Tour, PGA TOUR Latinoamérica, Mackenzie Tour-PGA TOUR Canada, and PGA TOUR Series-China. Members on the PGA TOUR represent the world’s best players, hailing from 29 countries and territories (94 members are from outside the United States). Worldwide, PGA TOUR tournaments are broadcast to 212 countries and territories in 23 languages. Virtually all tournaments are organized as nonprofit organizations to maximize charitable giving. In 2019, tournaments across all Tours generated a record $204.3 million for local and national charitable organizations, bringing the all-time total to more than $3 billion.

Fans can follow the PGA TOUR on PGATOUR.COM, the No. 1 site in golf, on the PGA TOUR app and on social media channels, including Facebook, Instagram (in English, Spanish and Korean), LinkedIn, Twitter, WeChat, Weibo, Toutiao, and Douyin.