PONTE VEDRA BEACH, Florida, and STEVENS POINT, Wisconsin (August 16, 2017) – The PGA TOUR and Sentry, one of the largest business-focused mutual insurance companies in the United States, today announced a five-year agreement making Sentry the new title sponsor of the exclusive winners-only Tournament of Champions at Kapalua Resort in Hawaii.

The newly named Sentry Tournament of Champions will maintain its traditional spot as the first tournament in January 2018 when the 2017-18 PGA TOUR schedule resumes following the holiday break. The agreement extends through the 2021-22 season.

Sentry Insurance is proud to partner with the PGA TOUR to sponsor the Tournament of Champions, held on beautiful Maui,” said Pete McPartland, Sentry chairman of the board, president, and CEO. “This tournament and its champions format is the ideal way to more broadly introduce Sentry to the business insurance audience.

While this represents Sentry’s first major sports sponsorship, it has been involved with golf since 1982 when the company opened SentryWorld, Wisconsin’s first destination golf course. Sponsoring the Sentry Tournament of Champions is considered a natural next step for Sentry, providing an opportunity to reach a wide business audience.

We are thrilled to welcome Sentry to the PGA TOUR and become its first major venture into sports sponsorship,” said Brian Oliver, PGA TOUR Senior Vice President of Sponsorship & Partnership. “Sentry is highly respected as a company that is dedicated to its employees, its customers and embraces the spirit of giving back. So, we view this as a relationship between two organizations that hold common values. 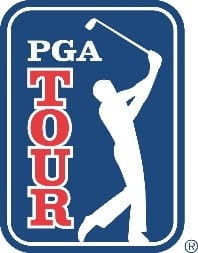 Sentry assumes sponsorship of a tournament that dates to 1953, when it was introduced at Las Vegas’ Desert Inn Country Club as an event for winners from the previous season. The Tournament of Champions remained at Desert Inn CC until 1967, when it moved to Stardust Country Club. The tournament moved from Las Vegas in 1969 to La Costa Country Club in Carlsbad, California, where it remained for 30 years before relocating to its current home at Kapalua Resort on the island of Maui.

As might be expected with a winners-only format, the Sentry Tournament of Champions has a rich history of champions, from World Golf Hall of Fame members to modern-day stars, as represented by just the past five winners: defending champion Justin Thomas, a four-time winner this season, including at Sunday’s PGA Championship; Jordan Spieth (2016); Patrick Reid (2015); Zach Johnson (2014); and Dustin Johnson (2013).

Sentry Insurance is one of the largest and most financially secure mutual insurance companies in the United States, holding an A+ (superior) rating from A.M. Best. Sentry and its subsidiaries sell property and casualty insurance, life insurance, annuities, and retirement programs for business and individuals throughout the country. Headquartered in Stevens Point, Wisconsin, Sentry employs more than 4,000 associates in 41 states.

The PGA TOUR is the leading global platform in professional golf, showcasing the highest expression of excellence, both on and off the course. The PGA TOUR’s mission is to entertain and inspire its fans, deliver substantial value to its partners, create outlets for volunteers to give back, generate significant charitable and economic impact in the communities in which it plays, grow and protect the game of golf and provide financial opportunities for TOUR players.

The PGA TOUR co-sanctions more than 130 tournaments on the PGA TOUR, PGA TOUR Champions, Web.com Tour, PGA TOUR Latinoamérica, Mackenzie Tour-PGA TOUR Canada and PGA TOUR China. Its members represent the world’s best players, hailing from 24 countries (89 members are from outside the United States). Worldwide, PGA TOUR tournaments are broadcast to more than 1.1 billion households in 227 countries and territories in 23 languages. Virtually all tournaments are organized as non-profit organizations in order to maximize charitable giving. In 2016, tournaments across all Tours generated a record of more than $166 million for local and national charitable organizations, bringing the all-time total to $2.46 billion.

The PGA TOUR's web site is PGATOUR.COM, the No. 1 site in golf, and the organization is headquartered in Ponte Vedra Beach, Fla.